How to Treat Fish Tank using Methylene Blue?
0
Share on 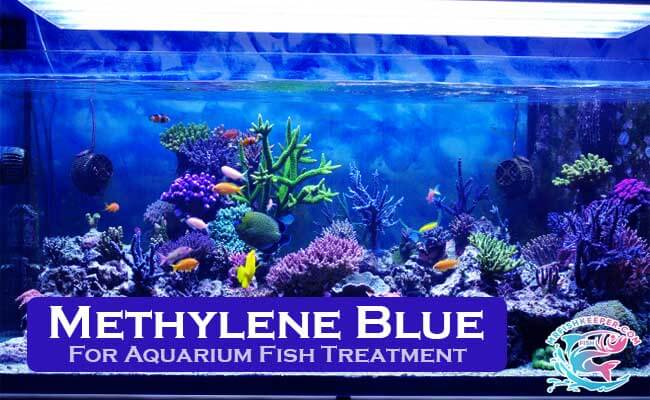 What is ‘Methylene Blue’?

It is a stockpile solution of 3.7 mg/ml, which can be made by 380 ml.s of water with 1.4 grams of powder dissolved in it. It is genuinely purchased as a stock solution by most people. It is commonly used as meditation or dye.

It was prepared by a German Chemist Heinrich Caro in 1876 for the very first time and is also declared as “The First Fully Synthetic Drug” in the field of medicine. It is also defined as the safest and effective drug considered necessary for the health systems in the List of Essential Medicines at WHO (World Health Organization). The history of ‘Methylene Blue’ proved its usage:

Uses of ‘Methylene Blue’ in Aquaculture?

Fish hobbyists all around the world are widely using this drug in their aquariums or tanks for treating many aquatic fungal infections because it is declared as a safe aquarium disinfectant for the inhabitants of aquatic life.  In aquaculture, ‘Methylene Blue’ is used to diagnose and resolve certain disorder which includes the following:

Its most common use in aquaculture is to protect the overgrowth of fungus and bacteria over eggs. The fungal overgrowth and harmful bacteria around eggs can lead the eggs lost in the aquarium which might result in damaging the eggs. 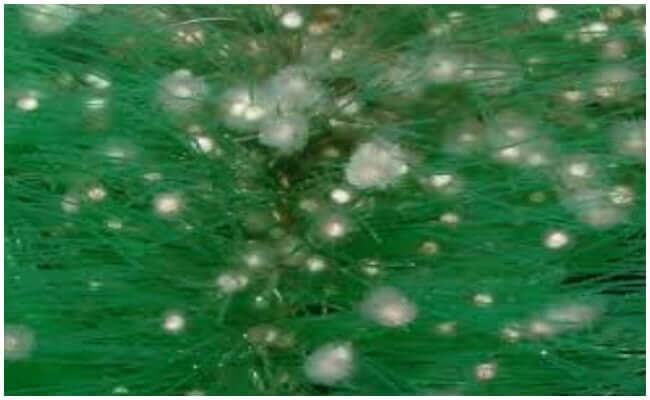 In this situation, ‘Methylene Blue’ serves as a disinfectant to protect the newly laid eggs of fishes. It can also help those who wanted to artificially hatch the fish’s eggs earlier.

Also called ‘brown blood disease’. The level of methemoglobin builds up and results in an increase in nitrate poisoning. While different aquatic inhabitants have different tolerance level towards nitrate but when it exceeds their level of tolerance fishes gets sick and infected by the poisoning. 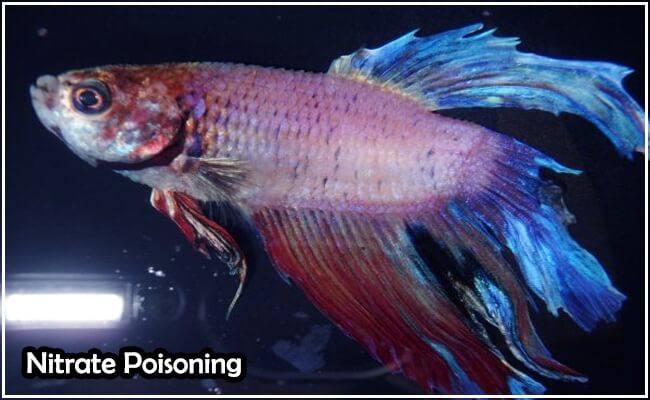 Infected fishes become listless, hang near water outlets and started gasping at water surfaces for breathing, rapid movement of gill known as ‘gilling’, and changes in the color of gills from tan to brown gills. Proper use of ‘Methylene Blue’ can help remove the poisoning from the tanks.

It takes place by the elevation of the tank’s pH level and also affected the nitrogen cycle. Decomposing organic matters or tap water in the tank can lead to this poisoning while the absence of ammonia levels indicates the perfection of water conditions.

The low level of ammonia poisoning can be fatal in damaging the gills of fishes while high levels can even be more dangerous to the fish’s life.

Infected fishes started gasping for breath, become sluggish or lethargic, gills started becoming purple or red, red streaks on their body and fins, and might even lie at the bottom of the tank. Proper use of ‘Methylene Blue’ can help eliminate the poisoning from the tanks.

It is also known by the names ‘Oödinium, Rust, or Gold Dust Disease’. This is the most common disease in the tank or aquarium fish. It is caused by the parasites known as Oödinium limneticum and Oödinium Pilularis which can attack both the saltwater and freshwater fish. 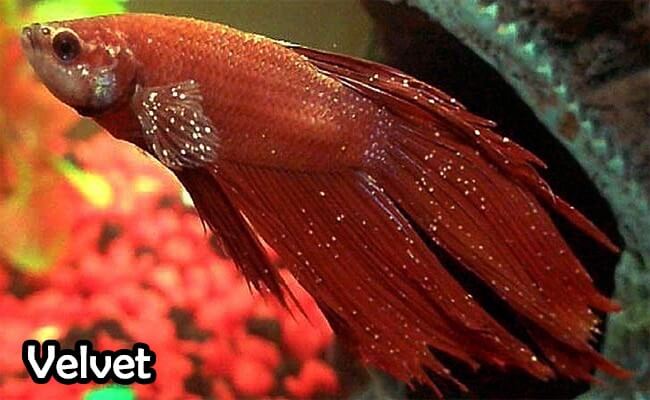 Fishes scratch against hard surfaces to avoid the velvet but when they get attacked they started becoming sluggish resulting in a rapid and labored breath, weight loss, clamping of fins against the body, loss in appetite, rusty or yellow-colored velvety film on the skin and in worsen condition skin may peels off. In this situation, even a little quantity of ‘Methylene Blue’ can serve as an antiparasitic.

Fishes often stress out due to many factors especially when they get moved or the changes in the tanks can stress them very easily. 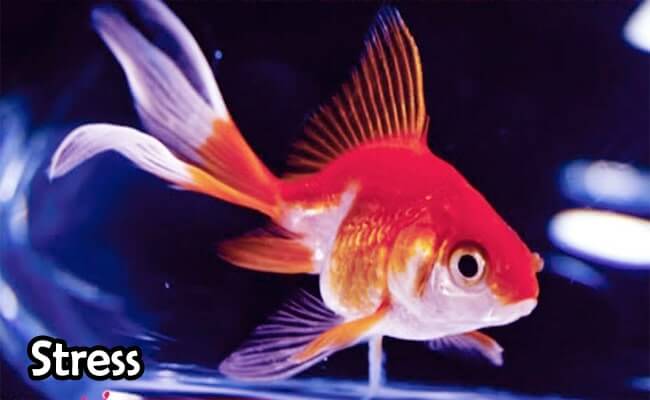 Ick Also Known As “Ichthyophthirius Multifilis” This disease is equivalent to a skin infection. Infected fishes started scratching against gravel and rocks and might become lethargic while reaching advanced states. 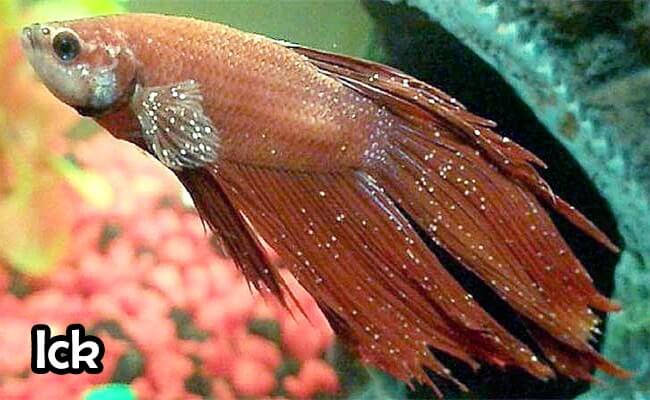 Such Type of infection leaves small white spots on their skin which resembles sand and even causes bloody streaks or redness in worsening conditions of infection.

Proper usage of ‘Methylene Blue’ can gradually decrease the parasitic protozoa Ichthyophthirius multifiliis however the combination formed by formaldehyde and malachite green can be more effective.

It is caused when the swim bladder creates certain functioning problems. Its functionality can be affected due to any mechanical or environmental factors like diseases or physical defects. 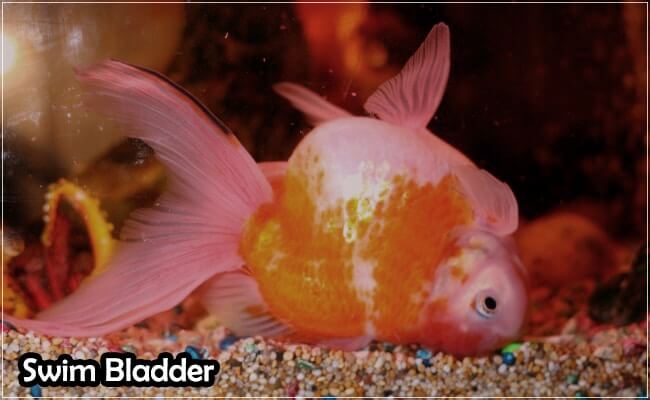 Infected fishes show a variety of symptoms such as they start sinking at the bottom of the aquarium, struggle in maintain their position and stand on their head, floating upside down, and often face problems with buoyancy. Their physical appearance can also be affected in certain ways like a curved back or swollen belly.

Fishes often eat normally in this disorder but the intensification in buoyancy might affect their feeding abilities causing them to lose appetite completely. Treatment with ‘Methylene Blue’ or broad-spectrum antibiotics can help in such cases.

How to introduce ‘Methylene Blue’ in Aquaculture?

It can be used with crustaceans, consisting of snails, crabs, and shrimps. However, care should be taken while introducing it in aquariums or tanks because it can often destroy the live plants. It should also be introduced with care in cases when using it for only a limited time period.

You might also have to stop the usage of carbon media in your filters while introducing this treatment because it can remove the ‘Methylene Blue’.

It is often recommended by vet advisors not to use it directly into the tanks or aquariums instead use it as part of a dip or bath treatment or commonly named as ‘medicated fish bath’. Because it’s direct intake can be risky to the inhabitants of your aquarium.

The reason behind this is that it can affect a lot of micro-organisms and bacteria also including the beneficial ones by attacking them because it is a very powerful phytotoxin.

As its name demonstrates the color ‘blue’ which actually indicates a sign of stain or dye it can leave when used anywhere. That might also be the reason to protect your aquariums from staining and move your inhabitants to a temporary tank or bowl. This medicated bath can treat your sick or injured fishes as first aid as well as nitrate, cyanide, or ammonia poisoning.

Use it in the form of products having ‘Methylene Blue’

A few of the most popular products used as the treating agents containing ‘Methylene Blue’ are described as follows:

Directions to Use: The subsequent procedures are mostly recommended to use in marine and freshwater tanks/aquariums and even ponds. In this product, the process of activated carbon filtration takes place to remove ‘Methylene Blue’ from it. It can also be easily absorbent by wood, rock, and coral materials.

This product is suggested to be best for use in newly installed or exposed and bare aquariums, tanks and ponds. As it has a staining or dying feature so it might permanently leave its color on silicone sealants in the tanks or aquariums. You can put back the activated carbon in the filter and also change the water of the tank completely or partially after winding up this treatment.

Don’t use a large quantity, the addition of 1 drop followed 1 gallon is enough to introduce. Replacement of carbon is necessary every 3 to 5 days and also changes 25% of the tank’s water. It can be used to prevent egg fungus and in this case, continue to introduce the product for about 2 to 3 days.

It is recommended by the manufacturer to use it with Reverse Osmosis or Distilled water. Or simply it can be used by removing the top of the bottle and slowly adding water to its top. Put back the cap of the bottle tightly and mix it by shaking gently.

You don’t even need to add a large quantity of powder, the addition of 1 teaspoon followed 1 gallon is enough to introduce. Replacement of carbon is necessary every 3 to 5 days and also changes 25% of the tank’s water. It can be used to prevent egg fungus and in this case, continue to introduce the product for about 2 to 3 days.

During the treatment, stop using the carbon filtration processes however you can continue using all other procedures of filtration and restore carbon to the filters once the treatment is completed.

Post-Care or Inspection after the Treatment:

I will suggest proper observation after introducing any treatment to the tank. Make a complete check of your aquarium or tank after applying the treatment of ‘Methylene Blue’. Replacement of carbon in necessary every three to five days and also exchange at least a quarter (25%) of the water of your aquariums.

Keep inquiring about more specific treatments of parasites and disease attacking or plaguing your aquarium to extirpate. Because ‘Methylene Blue’ might not succeed in eradicating the diseases and parasites totally but it can be often very effective in dropping pathogens. So, always look for the symptoms or signs of diseases from returning in the respective weeks.

Order your methylene blue in Just 4.5$ 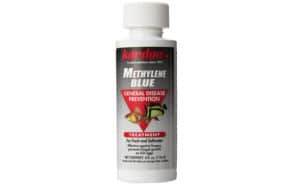